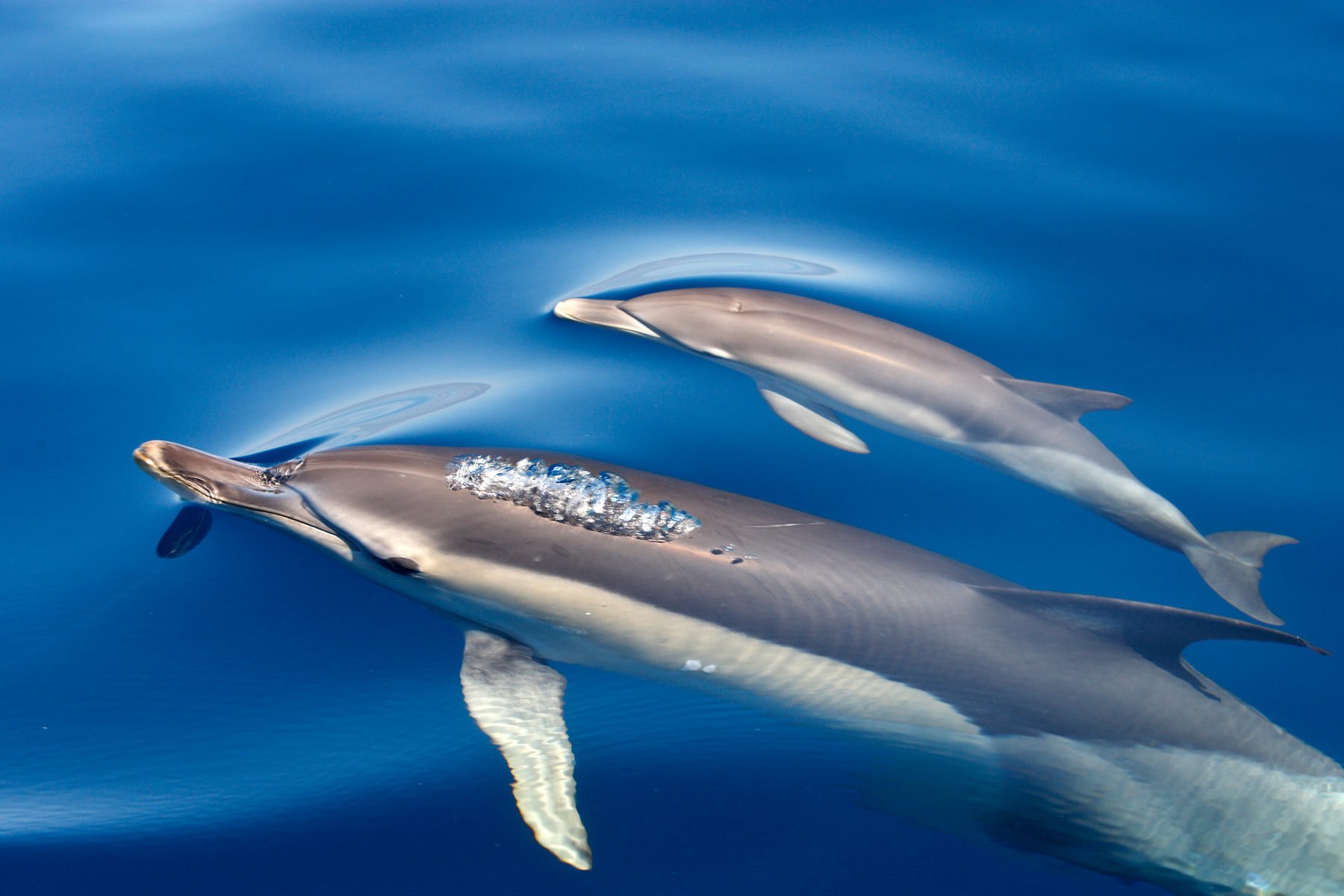 It’s not just humans that have been exploring Cornwall recently: it’s been a great year for animal visitors, too. We’ve been entertained by stories of Wally the Walrus and his jaunt around Cornwall and Scilly, and all wished we’d been at the Minack when a pair of orcas swam by.

These news-worthy guests have brought extra wildlife spotting excitement to our shores. However, we also have a wide and fascinating range of regular visitors and resident species here in Cornwall. Who do we usually share our waters, skies and land with?

We’re used to seeing sharks in Cornwall; however the typical cartilaginous visitor is normally the basking shark. These harmless plankton-feeders arrive in May and swim around our shores until the autumn. With their huge size (up to twelve metres) and gaping jaws, they’re impressive-looking fish.

There was a blue shark spotted in St Ives harbour in 2018. Exciting stuff; but before we all get carried away with St Ives as the new Amity Island, the blue shark is not a typical summer visitor. However, our Gulf-stream climate and warm seas do attract some fabulous and fascinating creatures.

And it’s not just sharks… back in June, two killer whales were seen in the far west coast near the Minack Theatre. The pair is from Britain’s only orca pod, and this is the furthest south they’ve ever been recorded. Recently, there have also been sightings of the shy minke whale in Cornwall.

And of course, everyone loves to see the dolphins. We often see pods of bottlenose and common dolphins around the Cornish coast. Seals are another favourite sea mammal. You’ll have heard the cry of “Boat trips to Seal Island!” as you walk along the Wharf in St Ives. Go! It’s a great trip out. There are a few companies offering trips out west towards the Carracks, a cluster of small rocky islands which includes the famous Seal Island. It’s home to Atlantic grey seals, and you’ll see other marine dwellers and birds on your trip.

The colony at Godrevy near Hayle is another good place to catch a glimpse of seals. Peer down at their sheltered cove. If you don’t see any seals at first, be patient. Eventually, one of those smaller boulders will start to move, then suddenly you realise the whole rocky seashore is alive with slowly meandering seals…

For a close up experience with seals, head to the Cornish Seal Sanctuary in Gweek, Helston. You’ll learn about how this charity rescues and rehabilitates grey seal pups from around the Cornish coastline, and meet some of its more permanent residents. Or why not check out Blue Reef Aquarium in Newquay, where you can find out more about who lives in the Cornish seas (please book ahead, as they’re currently operating a timed ticket system). 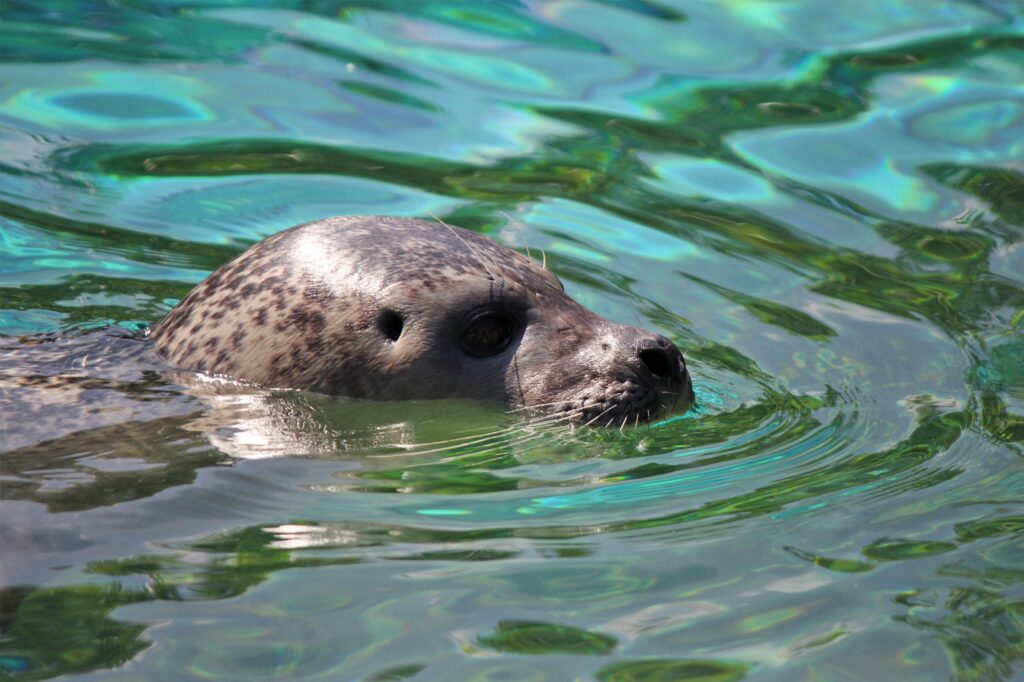 Yes, we’re all familiar with St Ives’ famous pasty-loving gulls. However, there are many more birds to spot in West Cornwall than the cheeky herring gulls, from the turnstones that scutter along Lambeth Walk to the ghostly barn owls you may glimpse near Polmanter at night.

A boat trip from St Ives harbour is the best way to see sea birds. Believe it or not, most feast on fish not chips, so the sea’s the best place to find them. Look out for gannets, razorbills and Manx shearwaters; and shags and cormorants nest on the cliffs. If you’re lucky, you may even see puffins, or Cornwall’s elusive emblem, the red-legged chough.

There’s an RSPB reserve on the Hayle Estuary, where you’ll see some splendid wading birds including oystercatchers and little egrets. Birdies Bistro is an excellent place to bird spot (and grab breakfast). Wherever you are in West Cornwall, look out for buzzards with their cat-like mew. Curlews often gather in the fields around here, and they have a distinctive cry of “curleee!”.

For easy bird watching, Paradise Park in Hayle has many varieties of parrots plus owls, flamingos, penguins, eagles, choughs and the gorgeously-named tawny frogmouths (it’ll make sense when you see them). Screech Owl Sanctuary in Indian Queens (up the A30 towards Bodmin) is a wonderful place to find out more about these beautiful birds. Please check the opening and ticketing arrangements before heading out to these attractions. 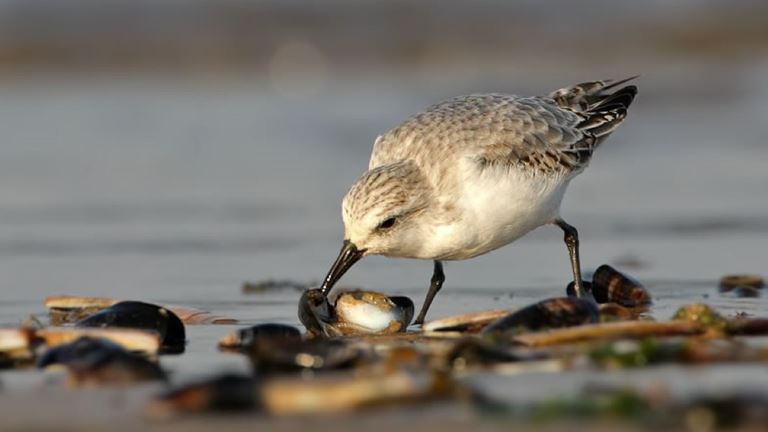 Out here in the Cornish countryside, Polmanter often gets a few extra visitors. There are foxes, hedgehogs and badgers in the area, and on summer evenings, look out for rapidly circling bats. There are Greater Horseshoe bats in Penwith who like to hibernate in disused mines – how Cornish is that?!

The warm summer has been great for butterflies and moths. Cornwall has 35 resident species of butterfly, and we’ve consciously planted shrubs and flowers at Polmanter that attract them, as well as bees. Look out for lizards on the warm rocks on warm summer days.

You can find out more about Cornish creatures at Newquay Zoo (pre-booked tickets only), which has a Native Wildlife Centre as well as many exotic species.

We hope you catch a glimpse of some of Cornwall’s creatures while you’re staying at Polmanter – and please let us know if you meet anyone unusual!